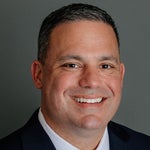 Kevin Edler is a native of Louisiana. He was born in New Orleans, graduated from Archbishop Rummel High School and received his Bachelor of Science from The United States Military Academy at West Point in 1997. After graduating from West Point, Kevin Edler was commissioned in the United States Army as a Second Lieutenant.

While serving in the U.S. Army, Kevin completed Airborne School, Helicopter Flight School and was assigned to the 1st Cavalry Division where he served as a UH-60 Blackhawk pilot and platoon leader. After leaving the Army, Kevin worked as a salesman in the medical device field and later attended Tulane University Law School where he received his Juris Doctor.

Kevin founded Edler Law Firm in 2010. He is licensed to practice law in all Louisiana State Courts. In 2014, The Institute for Divorce Financial Analysts designated Kevin Edler as a Certified Divorce Financial Analyst® (CDFA®), making him the only attorney in Louisiana to hold this designation. Kevin has been appointed to serve as a Special Master by the St. Tammany Parish Family Court. Kevin is a member of the Louisiana State Bar Association and the 22nd JDC Bar Association.

Kevin has successfully represented many clients in personal injury lawsuits and succession proceedings and regularly prepares estate planning documents for his clients.

Thank you for contacting us. We will get back to you shortly.

Please complete all required fields below.

Edler Law Firm is committed to exceeding the expectations of its clients by providing superior legal services. If you need an attorney or have a legal matter that you would like to discuss, contact Edler Law Firm. We are now offering in person, video conference and teleconference consultations.